Seamus O’Brien is sitting in a room in the ramshackle but atmospheric surroundings of the Meitheal Mara community boatyard building, where he is the workshop manager.

It’s a comfortingly informal place: piles of fragrant lumber stacked in corners, colourful graffiti decorating the outside walls, and above all, an aura of concentration as several boat-builders move quietly about their work under a canopied area outside.

This year, 18 of Seamus’s students, mostly men and boys from back to education programmes, finished their FETAC Level 3 Woodwork. Seamus can’t stop smiling as he talks about his individual students and their plans for the future.

“So even if you only get one, one to me is very precious,” he says. “To see them out there getting jobs or doing courses and moving on in their lives is very rewarding, and they’ll still drop in for a cup of tea, or they might arrive down when there’s a boat going out.”

But it’s not all success stories. There’s tragedy too; the at-risk young people Seamus works with can be very vulnerable. Chaotic lives, poor family support, mental health issues, addiction and institutional upbringings: there are casualties, and they take their toll. Seamus’s face darkens.

“I’m after seeing about five or six deaths here,” he says. “Suicide, car crashes. We lost someone just the other week to suicide, and I’ve all this stuff in my mind about it, and I’m walking in here past his jacket still hanging in the hall. He told me bits of stories about the problems in his life and you wonder if you could have done more.”

Seamus knows the challenges and dangers to those he works with more than most. Originally from The Glen and now in his early forties, he was an early school-leaver who started falling foul of the law in his teens. But of his peers, he says, he’s one of the lucky ones: “Of all the fellas I used to hang around with, about eight of us, there’s only two left. They’re all wiped out: suicide, drugs.”

Coming from a large family that moved between The Glen and Mahon, education was a struggle for Seamus from the outset. By 17, still with literacy problems, he was running wild and had left school.

“I was in and out of school from primary school,” he says. “Secondary I never really got a chance to go for it. The area I came from was a big factor; where there was nothing around really. We didn’t stand a chance, and that was how life worked for us.”

Large class sizes and no learning support: those who fell behind just dropped even further behind: “I was gone off the rails, but I was gone too far by the time I was 15, I’d say.

“I remember my mam calling down to the school for me with my lunch and I’d get caught on the hop – about three or four of us would be outside in the bushes. Caught!”

The gardaí started getting called to Seamus’s door: he’d been throwing stones at them. Soon, he started being charged and served a sentence in St Patrick’s Juvenile Detention Centre. Schooling was offered, but Seamus didn’t respond well.

“I fought that whole sentence with the prison officers and I couldn’t settle down,” he says. “I was fighting all the time.”

Another sentence followed, and then a third, more serious one: Seamus was sent down for eight to twelve years for aggravated burglary. He started the sentence in Cork Prison, before moving to Spike Island. A young and vulnerable man, Seamus went in fighting.

“For 18 months of it I did nothing but fight and try and be the big boy,” he says. “You had to be tough that time. Back then it was all about separation. They had to keep the Cork lads away from the Limerick boys and Limerick away from the Dubs; it was like a battlefield when you went to the yard.

“I was also on medication in the prison, but through counselling, I think I finally broke in there. That’s when I gave up the medication, and started school. I made a decision for myself and I knew I’d get the back-up.”

“It was fantastic,” Seamus says. “It was a small school with a lot of teachers. I got into English, I did FETAC courses and then I got into woodwork.”

At first, Seamus was only permitted to take four classes at a time and had to be escorted to and from the educational unit. But over time, he became a trustee, meaning he could attend as many classes as he wished, coming and going freely from the school block.

He went on to complete more than 17 FETAC courses. Even when he wasn’t in class, Séamus was in his cell making model boats, as gifts for his family on the outside, or which he could sell to other prisoners for tobacco.

Discovering his talent for woodwork and carpentry had an enormous effect on his self-esteem. He holds up his hands, smiling: “I don’t know where I got it from, but it was there all the time.”

As a trustee, Seamus also led fund-raising projects, including making and selling items to raise money for Cork woman Joanne O’Riordan, one of seven Irish people living with the rare Tetra-amelia syndrome. He also appealed to the prison warden for permission for 16 inmates to do a 10km run, also to raise money for Joanne. He got the backing of many guards, 12 of whom joined him in running this race. Joanne O’Riordan came to visit him in prison, to thank him in person.

Many prisoners will testify to how difficult it is to leave an institutional setting and, despite his achievements, having served ten years, Seamus’s road wasn’t all smooth after his release. He didn’t even have a form of ID when he left Spike Island at the end of his sentence. Then he went for an interview at Meitheal Mara with founder Pádraig Dineen.

“I had my interview in this very room,” he smiles, looking around. “I got the 12-month course to put on my CV, because I had no work experience under my belt. I knew nothing about boats apart from the models I used to make in Spike.”

That was 17 years ago. Now workshop manager, Seamus has found a special affinity with the young men from Meitheal Mara’s Back To Education scheme. Having been an angry young man himself, and with FETAC training to enable him to teach FETAC courses as well as counselling, addiction and youth development courses from St John’s College under his belt, he’s found his vocation.

Ireland has one of the highest rates of young male suicide in Ireland, and tackling male vulnerability is one of the cornerstones of Seamus’s work; he’s also involved in organising the Men’s Shed at Meitheal Mara: “They feel vulnerable when they speak out,” he says.

“They’re very protective; women can be so open and emotional but men can be so stubborn about hiding their feelings. When you keep it all inside you, it’s very easy to go off and do stuff that’s not right.”

Happily, Seamus gets to pass his learning on to his own sons, Joshua, aged 14, and Scott, aged 10: “I can make sure they get stuff that wasn’t passed on to me from my own parents,” he says.

It’s been a rocky path for Seamus to where he is today; does he have regrets?

“I look back sometimes and obviously there’s a few things in my life that I regret, but I don’t regret the sentence I served. It was the biggest thing that ever happened to me, and it’s the reason I’m here today. It taught me that you never stop learning, your whole life.”

* Seamus will be one of 650 participants invited to UNESCO’s Third International Conference on Learning Cities. Cork is the first European city to host the prestigious global conference. Visitors from more than 95 countries will attend from September 18 to 20. 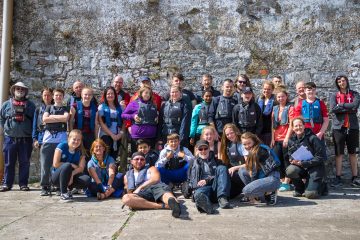 With the introduction of the new GDPR and all the emails that were flooding into your inbox you may have missed ours! If you were signed up for our newsletter and didn’t receive it we’d Read more… 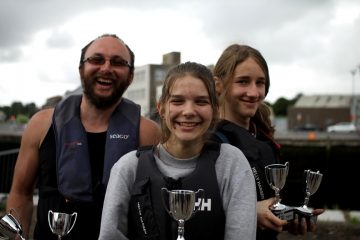 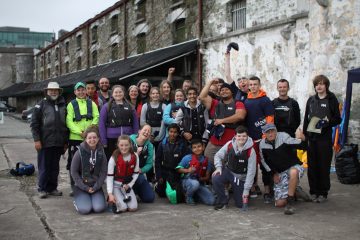