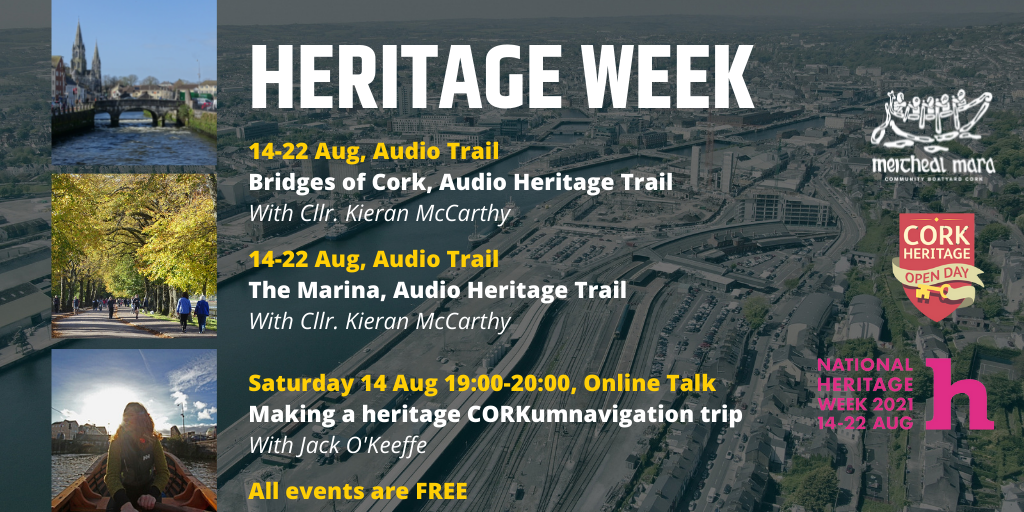 In light of the rapidly evolving situation and public health measures related to Covid-19, it is with great disappointment the organisers of The Interfirm DragonBoat Challenge have taken the decision to postpone the events until later in the year.

We thank everyone for their support and patience while we wait for the go ahead to reschedule.

We would like to take this opportunity to thank all our staff, participants, volunteers, spectators and supporters. Please do your best to stay safe and well.

Wishing you all well in the coming months.

Joya, Dee and all the team at Meitheal Mara 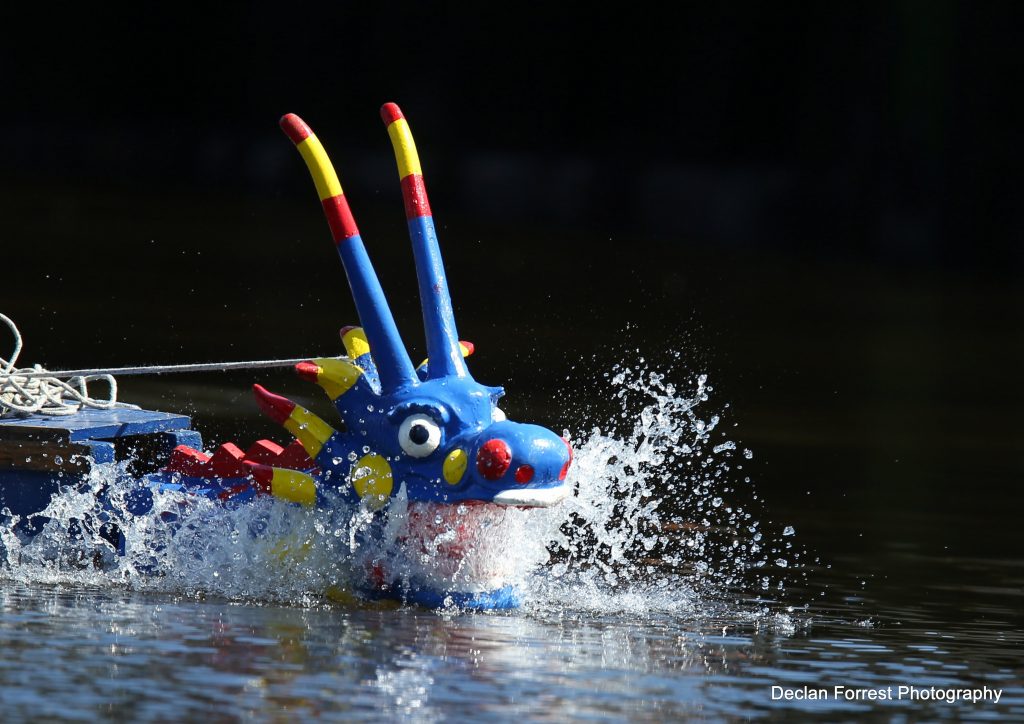 Meitheal Mara organises a huge variety of events throughout the year, and collaborates with many other organisations in doing so.

The high point of Meitheal Mara’s calendar, Ocean to City – Án Ras Mór is Ireland’s largest and most inclusive rowing race, and the anchor for the week-long Cork Harbour Festival each June. The 18-person crews in our regular Dragon Boat Challenges bring the colour and buzz of sprint racing to Cork city centre. A gentler pace of travel is encouraged in our CORKUMNAVIGATION trips for those who want to paddle the Lee right around Cork. We support the annual Rebel RAID for small boats and are partners in the proposed Cork Harbour Blueway. 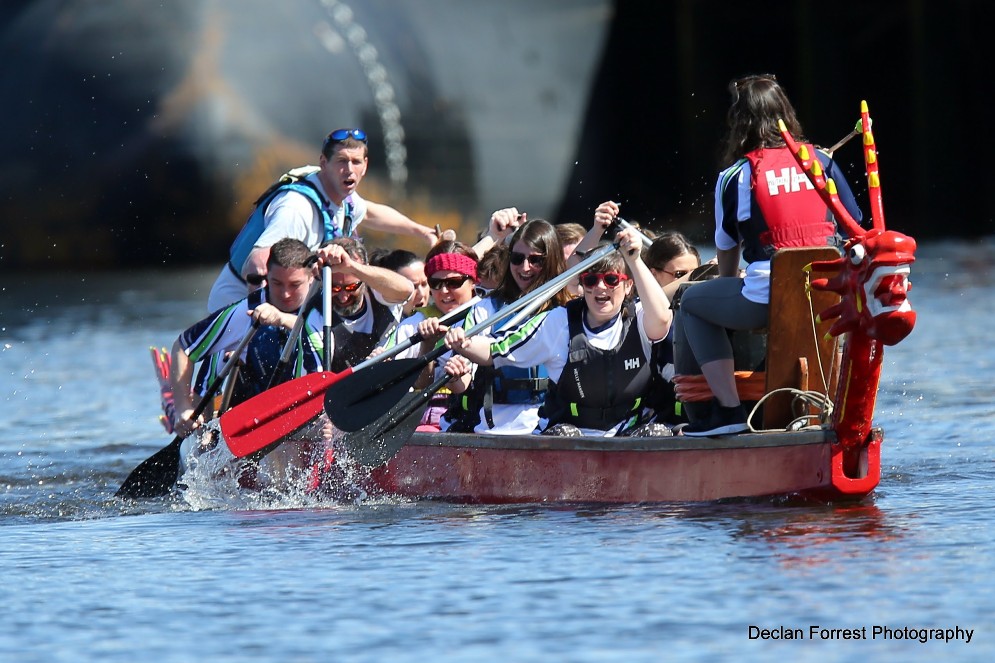 Twice a year teams are invited to take part in a spectacular event. This event, taking place on the River Lee in the heart of Cork City, and has been growing in popularity year-on-year. With some of the biggest companies and organisations in Cork participating in the challenge, the rivalry can be fierce both on and off the water. With over 300 participants on the day, the river will thrum and the boardwalk will throb with energy and excitement.

Form a seventeen-strong crew and hop aboard one of our impressive 40ft-long dragon boats in a mission to become this summer’s champion of the Interfirm Dragon Boat Challenge. In a thrilling race from the iconic R&H Hall to Cork’s Lapp’s Quay, four of these colourful dragon boats, each with a drummer aboard, will sprint against each other over a distance of 250m. In a series of exciting heats, semi-finals and then a final, 20 companies from all over Cork will compete for the coveted Dragon Boat Challenge Trophy. Don’t forget the Dragon’s Roar trophy will also be up for grabs on the day. Psyche out the competition with your best team chant, battle cry, Hakka or roar and win a trophy for your efforts. Sign up now and let the fun begin!

Started in 2013, the event is an important fundraiser for Meitheal Mara. Meitheal Mara is a community boatyard, local charity and nationally-accredited training centre in the heart of Cork city. The organisation is dedicated to promoting and fostering maritime culture and traditional

skills through currach and wooden boat building, as well as woodwork and seamanship as the means to help groups of people and individuals to learn, progress and develop. Meitheal Mara in particular provides training to those who are at risk of social exclusion for example young people, those recovering from addictions and people living with disabilities. As a registered charity (CHY 12929), your contribution towards this event is tax-deductible and an ideal opportunity to demonstrate your company’s support.

We hope that you will come on board for the 15th/16th in 2020. Interfirm Dragon Boat Challenge and look forward to hearing from you. Should you have any questions, please don’t hesitate to contact us: dragons@meithealmara.ie / 021 4847673. As this is a hugely popular event places are filled on a first-come, first-served basis. We advise companies to contact us as soon as possible to be registered on our invite list. 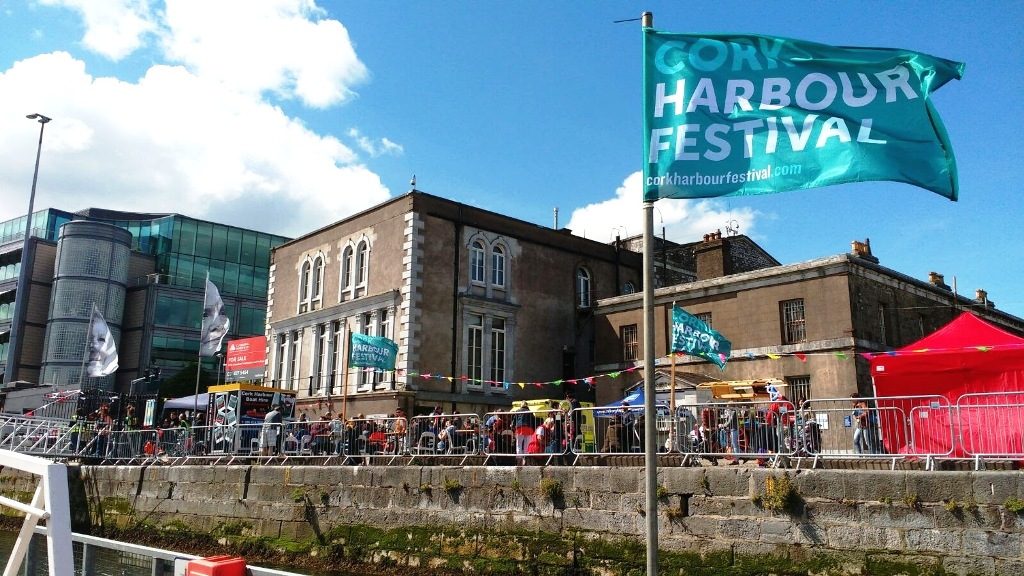 Cork Harbour Festival is the largest annual event in Cork Harbour offering a nine day celebration of Cork’s maritime culture over the first week of June. Kicking off on the June Bank Holiday weekend the festival features 60 events taking place in Cork City as well as in 15 harbour towns and villages.

Ocean to City – An Rás Mór and Cork Harbour Open Day formerly existed as two popular one-day events located at different points in Cork’s annual maritime calendar. Both event committees recognised the synergy between the two events and began to work together and share resources. In 2015, Cork Harbour Festival was launched. The festival was shaped on the open day principle, with Ocean to City – An Rás Mór as the flagship event.

Since 2015 the Cork Harbour Festival has grown from strength to strength. Featuring nine festival days starting on the first week of June, it is packed full of events; all made possible through collaboration with over 40 different event partners in Cork City as well as 15 towns and villages along Cork Harbour. The programme has grown year by year and highlights Cork’s rich heritage and culture as well as water and shore-based activities, with Ocean to City – An Rás Mór at the heart of the festival.

Taking place at the centre of Ireland’s maritime paradise, as well as at the gateway to Ireland’s Ancient East and the Wild Atlantic Way, Cork is perfectly positioned to deliver what is now the largest and most engaging harbour festival in Ireland. The Cork Harbour Festival Committee includes representatives from Cork City Council, Cork County Council, Port of Cork, UCC MaREI, RCYC, Cobh & Harbour Chamber, IMERC and Meitheal Mara.

Ocean to City – An Rás Mór is Ireland’s very own long-distance rowing race attracting hundreds of participants annually. Started in 2005, it has grown from its origin as a race for traditional fixed-seat boats into an all-inclusive rowing and paddling event, embracing everything from traditional wooden working boats, currachs, skiffs, gigs and longboats to contemporary ocean racing shells, kayaks, canoes and even stand-up paddle boards.

With thousands of spectators each year, the race is a real flagship event for Cork Harbour; one of the largest natural harbours in the world. An Rás Mór (”The Big Race”) appeals to a wide range of rowers and paddlers from across Ireland and beyond. It includes races over four course distances: the 28km Ocean Course, 22km City Course, 13km Monkstown Course and the 4km Youth Course – all finishing to a warm welcome in Cork’s city centre.

Modelled on London’s Great River Race, start times are staggered with the slowest boat types leaving first, and the fastest boat types leaving last. Celebrating both traditional boats and the more competitive contemporary craft, An Rás Mór is much more than just a race… it is a test of endurance, a personal challenge and a shared effort.

For further information on our programmes please click on the links below: